The government is to pay 80% of wages for employees not working, up to £2,500 a month, Chancellor Rishi Sunak says.

The Chancellor made an appeal to employers to stand by their workers during the coronavirus crisis.

“Let me speak directly to businesses: I know it’s incredibly difficult out there – we in government are doing everything we can to support you,” he said.

Social distancing would be needed for “at least half of the year” to stop intensive care units being overwhelmed, according to the government’s scientific advisers.

The Scientific Advisory Group for Emergencies (Sage) recommended alternating between more and less strict measures for most of a year.

Strict measures include school closures and social distancing for everyone.

There is a “massive effort” going on to make sure there are enough ventilators and intensive care spaces for everyone who has the virus, the prime minister says.

A further 39 people who tested positive for coronavirus have died, NHS England has announced. That brings the total number of confirmed reported deaths in England to 167.

A-Level and GCSE grades in England will be awarded by teachers based on teacher assessments. 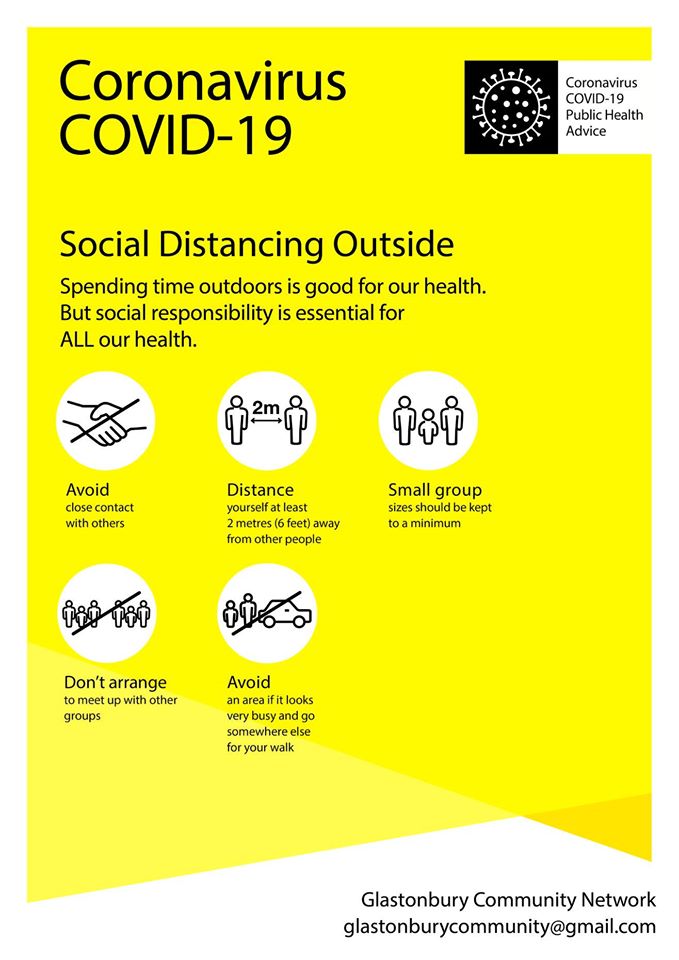 For a list of the local services in Glastonbury, including carers, cleaners and local food shops – click here